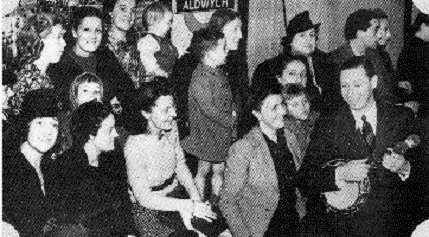 This picture shows George Formby caught down the underground during a raid on London. He evidently carried his ukelele every where he went. It could have been the same night that my mother and myself were also stranded because of the bombing. If it was I can remember everyone shouting to George play us some more music.. 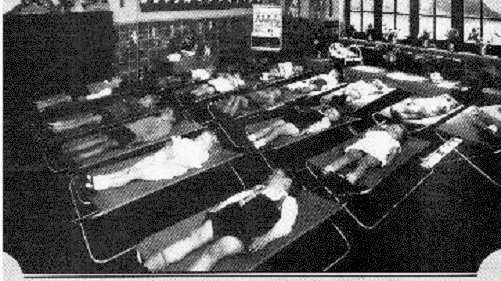 The above picture shows the infants had to have an hours rest after dinner each day. Campbeds were a standard normal thing during the period before and after WW2 until about the 1950s. It was a must for every child to lie down or put their head on their arms on top of their desks to rest.

The Bombing of Eastman's Shop 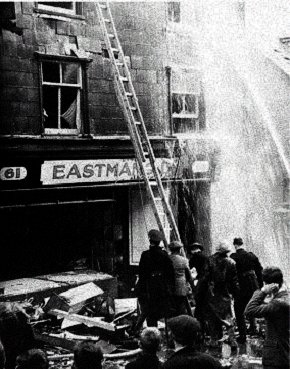 The picture above was the aftermath of the bombing raid that killed the young girl modelling the coat on the Ladies Fashions page. This was the shop the staff was trapped in.